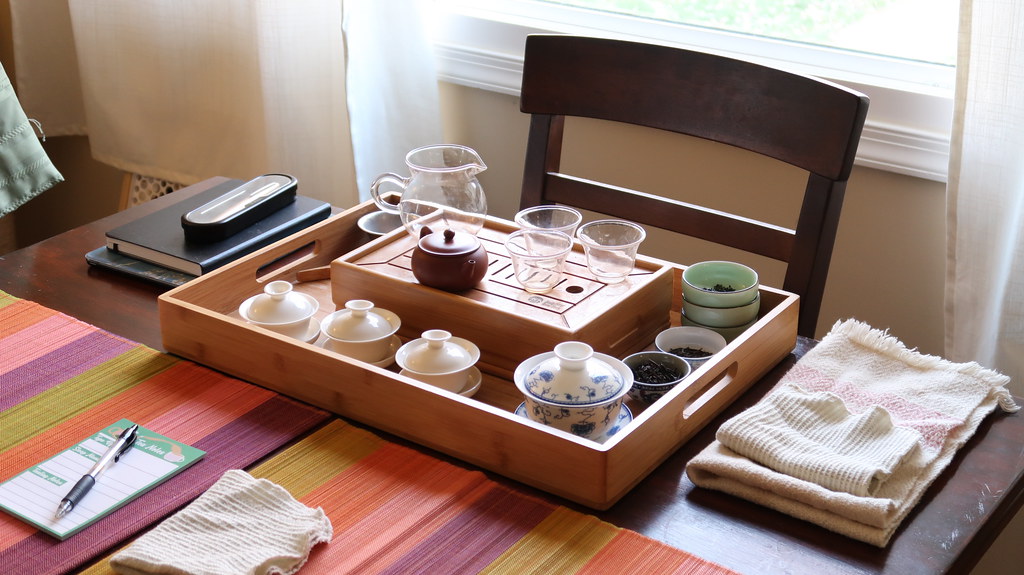 I’ve been running this blog for about five years and have been drinking tea for almost my entire life, and I have hosted my fair share of tea parties. From the late-night, tea and biscuits nights with my friend Rebecca, where we would drink too much Earl Grey, eat Pepperidge Farm chocolate biscuits, and stay up all night watching British comedy, to my ever-so-proper bridal tea, my teas tend to be of the British persuasion. But as I’ve gotten more into tea cultures from around the world, I’ve wanted to try sharing my tea practices with my friends, especially those who have already expressed an interest. So I recently contacted two of my friends who are not seriously into tea, but who have made comments about wanting to learn, to come over and share a tea tasting.

I decided to taste three different teas that I find particularly interesting and that will introduce different types of teaware. I also put out a couple little dishes of nuts and dried fruit, just in case people needed a little to nibble, since we were tasting from about 10 a.m. to noon.

We started with a Rou Gui in my Chaozhou pot, served traditionally in a gongfu style so that I could demonstrate the practice. It was so fun to watch them taste this style of tea for the first time. We talked about aromas versus flavors versus mouthfeel, and they asked a ton of questions. I will say, it was a little difficult to try to avoid steering their perception of the tea, since I’m so used to tasting alone in front of a camera and having to carry the entire conversation, but I really enjoyed getting their perspectives on the tea. They were particularly intrigued that we didn’t need to steep it for a long time, and that the flavor evolved over the different steepings. And when we tasted the rinse at the end of the session, they noticed some flavors that I don’t usually.

Throughout the tasting, we used my Tea Notes pad from Tea Thoughts to jot down notes, and I love how Nazanin has organized the note sheet, with a spot for “Steep Memory,” so that you’re encouraged to connect emotionally with a tea. I also think it helped keep the tasting fun and not too serious.

After the yancha, we moved on to a sort of intermission with the Malawi Antlers tea from Rare Tea Company. I chose this tea in part because the stems will have less caffeine and I know at least one person at the tasting had to be careful of caffeine, but also because it’s a lovely example of how different parts of the tea plant can have different flavors. And it was a good way to demonstrate the use of the gaiwan before I gave each of them their own to play with. They were intrigued that the Malawi Antlers tasted almost more like an herbal infusion than tea because of the lack of tannins, and at least one of them said it was their favorite of the day.

Then, we moved on to the AAA Tieguanyin from Yunnan Sourcing, which you may remember from my recent comparative tasting video. I loved this tea and I thought sharing a really floral green oolong would be a nice contrast to the spicy roasted yancha earlier in the session. I also had each of them steep it themselves with one of my 60-ml gaiwans, so we had a little interlude where we practiced pouring cold water with the gaiwan. 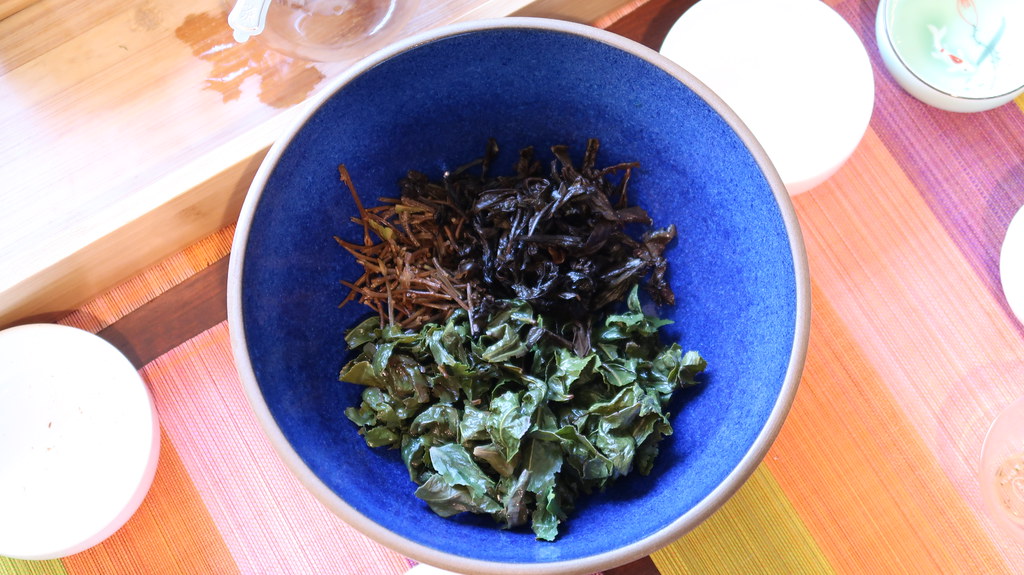 We ended up spending about two hours tasting tea, talking about it, and just enjoying each other’s company. It was a wonderful way to spend time with friends and share my interests in real life, since most of my tea-related interactions happen online. And it was fun to try out hosting a tasting. I definitely want to try it again sometime!

One thought on “Tea With Friends: Hosting My First Tea Tasting Gathering”